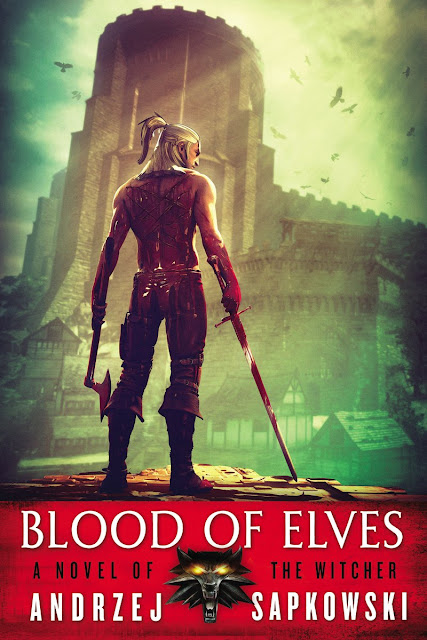 My love for fantasy has exposed me to elves, hobbits, dwarves, wizards and sorcerers, enchantresses, trolls, fairies, nymphs, vampires, griffins, gods, ghosts—and the list goes on—but not witchers. When I read on the news that Netflix has this series called The Witcher, I was intrigued. Very, very intrigued.

I searched for the trailer, watched it, and there's no turning back. I need to know more about this witcher whose name is Geralt of Rivia (also known as White Wolf), why he is protecting a girl named Ciri, and everything in between. This will also be the first time I'm reading a Polish fantasy author, Andrzej Sapkowski.

What is a witcher? A witcher (Polish: wiedźmin) is "someone who has undergone extensive training, ruthless mental and physical conditioning, and mysterious rituals (which take place at "witcher schools" such as Kaer Morhen) in preparation for becoming an itinerant monsterslayer for hire." (Read more here.)

So, who is Geralt of Rivia? I have to find out, and for a few weeks my request for the books in The Witcher series were on hold by the National Library, Singapore, until they're finally available a few days ago. I started with Blood of Elves and am now at Chapter Five (or 50% of the e-book). Loving. It. I'm also listening to the soundtrack on Spotify. Beautiful.


Indeed, there is nothing more repulsive than these monsters that defy nature and are known by the name of witcher, as they are the offspring of foul sorcery and witchcraft. They are unscrupulous scoundrels without conscience and virtue, veritable creatures from hell capable only of taking lives...

"When you rise in the morning, give thanks for the light, for your life, for your strength. Give thanks for your food and for the joy of living. If you see no reason to give thanks, the fault lies in yourself." - TECUMSEH (1768-1813), Shawnee Chief

TINY BEAUTIFUL THINGS, by Cheryl Strayed
"That place of true healing is a fierce place. It's a giant place. It's a place of monstrous beauty and endless dark and glimmering light. And you have to work really, really, really hard to get there, but you can do it."
"Peace does not mean to be in a place where there is no noise, trouble, or hard work. It means to be in the midst of these things and still be calm in your heart." - UNKNOWN